Just a few decades ago, most people thought of marathons as grueling races run by elite athletes in the Olympics every four years. Starting with the running boom in the 1970s, however, completing a marathon became the ultimate goal for many amateur runners. Today, hundreds of thousands of people complete the 26.2 miles of marathon races held in the United States each year. Some races, such as the New York City Marathon, have grown so popular that limitations on the number of entrants have had to be imposed by race officials. 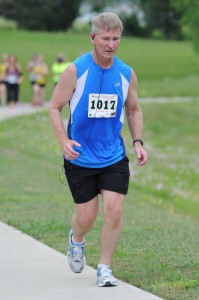 Amateur runners like Gerald Kochan, whose love for long-distance running has been tempered by the realities of aging and the demands of careers and family, frequently look for alternatives to the rigors of the marathon. Race organizers found a way to accommodate these athletes: The half marathon race.

Half marathons have rapidly grown in popularity. The 13.1 miles of a half marathon give the average runner with limited training time the chance to still compete in long-distance races. The half marathon also offers amateur runners a break from the physical wear and tear the body goes through during the 26.2 miles of a full marathon.

New half marathons are being announced each week. A popular race in Texas that has only been around for three years is the Rockwall Patriot Half Marathon. The event is held in Rockwall, Texas, and offers runners a one-mile fun run and a 5-kilometer race in addition to the featured half marathon. Rockwall has quickly established itself as a popular event, so much so that organizers limit it to just 1,000 participants.

For decorated combat veteran Gerald Kochan, the Memorial Day run in Rockwall was a milestone of sorts. 2014 marks 40 years of participating in marathons across the globe. His service in the military offered him the opportunity to travel and run marathons in Germany, England, Austria and Jordan. The half marathon in Rockwall has become one of Kochan’s favorite events because of its affiliation with “Carry the Load” and its mission of restoring Memorial Day its status as the day on which Americans remember and honor the sacrifices made by members of the military, law enforcement, firefighters and rescue personnel.

After 40 years of long-distance running, Kochan has been forced to admit that the challenge of turning in a personal best course time has given way to the satisfaction of just finishing. Along the racecourse, Kochan remembers those with whom he served his country at times of war who cannot be running at his side.